Second baseman Phil Gosselin had 2 base hits as the Montreal Blue Jays III outscored the Diamond Aces 6 to 5.

Montreal scored 5 runs in the 7th inning with the help of 4 hits. The key at-bat was by Alex Avila, who came through for the home fans when he tripled which was good for two runs. Although they lost, Diamond did out-hit Montreal 11 to 7.

Colby Lewis(3-3) was the winner allowing 2 runs in 7 innings. Lewis got help from Yusmeiro Petit who earned his 1st save. Shawn Kelley(0-3) was the losing pitcher in relief. He allowed 5 runs and 4 hits in 1 inning. 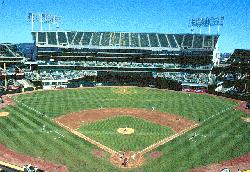