Second baseman Bobby Avila had 3 base hits and 2 RBI at The Astrodome '71 as the Baltimore Hanover Streets beat the Halles club 7 to 4.

Baltimore set the tone of the game in the first inning when they scored 4 runs on 3 hits. Baltimore managed 12 hits in their victory. 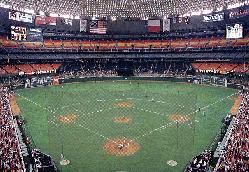