Lloyd Waner had 4 hits as the Hailee's Rockers beat the Diplomatic Immunity by a score of 3 to 2.

Al Hrabosky(3-4) pitched well in relief and was credited with the victory. He allowed just 1 hit and 1 walk in 2 and 2/3 innings. The teams had been locked in a scoreless duel until the 6th inning.

Hrabosky was helped out by Bill Campbell who recorded his 1st save. Tug McGraw(5-4) was given the loss in relief. He was unable to control the Hailee's offense and allowed 9 hits and 2 walks in 4 innings. 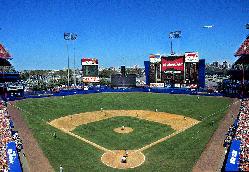