Willie Wells went deep and Ed Walsh struck out 10 batters as the cristano1 ballclub topped the Small Ball Wonders in 10 innings by a score of 6 to 5 at Busch Stadium '67.

The score was tied at 5 after nine. cristano1 won it in the 10th inning. After an out was recorded, Jason Giambi drew a walk. After another out, Norm Cash stepped in and he doubled scoring the run. cristano1 totaled 8 hits on the afternoon.

Walsh(22-10), allowing 5 runs for the game, picked up the victory. Luis Tiant(13-15) was the losing pitcher. Walsh was asked about his big strikeout performance, 'Well, it's a little odd when you rack up these numbers on the road - instead of cheers and a running tally in the stands, everything gets real still and quiet. Just strange - but it's nice to be able to take the crowd out of the game.' 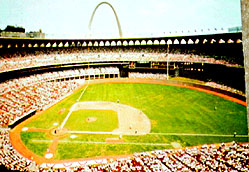